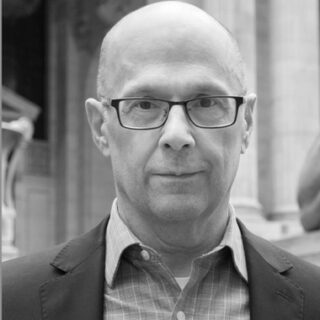 Dr. Wood was a tenured member of the Anthropology Department at Boston University, where he also held a variety of administrative positions, including associate provost and president’s chief of staff. He also oversaw the university’s scholarly publications and served as acting university librarian.

He received his Ph.D. in anthropology in 1987 from the University of Rochester. His dissertation, Quoting Heaven, examined the emergence of an American folk religion and pilgrimage center in rural Wisconsin. His undergraduate degree is from Haverford College (1975) and he has a master’s degree in library science from Rutgers University (1977).

Dr. Wood is the author of 1620: A Critical Response to the 1619 Project (Encounter Books, 2020), A Bee in the Mouth: Anger in America Now (Encounter Books, 2007), and of Diversity: The Invention of a Concept (Encounter Books, 2003) which won the Caldwell Award for Leadership in Higher Education from the John Locke Foundation. These books extend his anthropological interest in examining emergent themes in modern American culture.

In addition to his scholarly work, Dr. Wood has published several hundred articles in print and online journals, such as Wall Street Journal, The Spectator, Partisan Review and National Review Online, and the Chronicle of Higher Education.