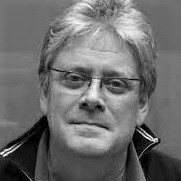 Nick is currently directing Brecht’s “lehrstucke” The Measures Taken for RADA, having previously directed Lindbergh’s Flight, The Baden-Baden Lesson on Consent and The Trial of Lucullus at the same venue. He has recently directed Now I am Alone for the Tmu-na Theatre as part of the Tel Aviv Shakespeare Festival, a rehearsed reading of Beaumont and Fletcher’s The Coxcomb at the Sam Wanamaker Theatre, and Troilus and Cressida for the RCS at Shakespeare’s Globe. He was Course Director for RADA’s Shakespeare Intensive course Looking For Shakespeare, and directed the Comedies of Manners module for LAMDA’s Semester Course. In Autumn 2015 he was in the USA directing The Comedy of Errors in Memphis TN, delivering a paper on The Two Noble Kinsmen at the Blackfriars Shakespeare Conference in Virginia, and directing Cymbeline for the NYU-Tisch students at RADA. He is currently developing a TV proposal about Shakespeare with Libertayo Productions and the Park Avenue Armory in NYC.

Nick devised and directed Noel Coward’s Christmas Spirits at the St James’ Theatre studio for a critically acclaimed sell out run; and a charity gala performance of Never Such Innocence at Australia House: an evening of poetry, prose and music from WWI with John Julius Norwich and Tim McInnerny in the cast. He directed As You Like It and Twelfth Night at the McCoy Theater in Memphis Tennessee, (nominated for 9 Ostrander Awards); Wilton’s Vintage Christmas at Wilton’s Music Hall in London (Time Out 4*); As You Like It, Love’s Labour’s Lost, The Winter’s Tale and All’s Well That Ends Well for the Royal Conservatoire of Scotland at the Globe; Lady Windemere’s Fan for Mountview Academy and The Two Noble Kinsmen, Measure for Measure, Henry VIII, Pericles and The Merry Wives of Windsor for RADA. He has directed The Taming of the Shrew at Wilton’s, Much Ado About Nothing for the Folger Theatre in Washington DC, Crimes of the Heart in London, and Love’s Labour’s Lost, Much Ado About Nothing and The Importance of Being Earnest for the American Shakespeare Center in Virginia.

As an actor he played John in the movie About A Boy and Barry in Golden Years with Ricky Gervais on Channel 4; Pinworth in the movie Restoration and the lead in Little Big Mouth for ITV. He appeared in Miss Potter with Renee Zellwegger, Who Gets the Dog? with Kevin Whately for ITV, and in Vent on Radio 4.

He was for six years an assessor for the National Theatre’s Connections Programme; he is a judge of the ESU’s Shakespeare on the Platform competition, he is on RADA’s audition panels, and is a Chair of the Accreditation Panel of DramaUK.

In Summer 2014 he had an article, co-written with actor/academic Donald Jellerson, published in The Shakespeare Bulletin, about character in Twelfth Night, which they are expanding into a book.

A Play Towards
Interactive lecture/workshop looking at how Shakespeare’s company produced the plays, looking at repertoire constraints on rehearsal, cue scripts, embedded stage direction and touching on textual clues. Highlighting the difference between early modern and modern theatre practice.

Shakespeare’s Stagecraft
Using a seemingly innocuous scene from Romeo & Juliet, this workshop will examine an often neglected aspect of Shakespeare’s craft: how he stages a scene. In a practical way it will examine how textual clues, and the constraints of the Globe Theatre, inform our understanding of how a scene is performed in early modern theatre.

Wild and Whirling Words
In a practical workshop, Jonathan Bate and Nick Hutchison will explore the role of editor in Shakespeare’s works, looking at how editorials decisions affect the very meaning of a text, and how staging and character are altered in different editorial decisions.