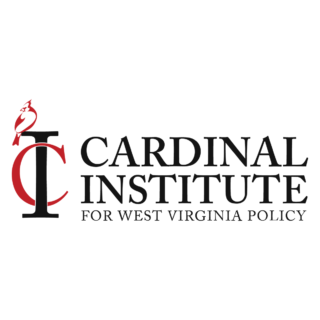 For generations, West Virginia has been an object of ridicule, pity, and even curiosity – its economy and people among the poorest in the United States for well over a century. An “island” of poverty in the wealthiest country the world, West Virginia’s brighter future depends on a new paradigm: a new way of looking at the world with new ideas and a philosophy built on innovation, human flourishing, and a recognition that freedom is the greatest alleviator of poverty the world has ever seen. Ours is a philosophy built on the entrepreneur, the tinkerer in the garage, and the idea that small government means more room for people to create and build their own futures.

The Cardinal Institute for West Virginia Policy was founded by a group of West Virginians in 2014 to usher in this vision, and lay the intellectual groundwork for West Virginia’s brighter future. Cardinal’s founders believed that West Virginia must get the government out of the way so its citizens can craft their own future free of unnecessary government intrusion, bureaucracy, arbitrary regulation, and burdensome taxes.

The founders felt that this new paradigm needed an organization whose sole mission was to create, research, communicate, and popularize freedom-enhancing ideas for the public. Cardinal hired its first employee in the fall of 2015, has been deeply engaged in West Virginia’s marketplace of ideas ever since.