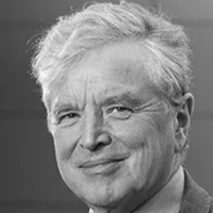 Robert Turner is the son of British cultural anthropologist Victor Turner and Edith Turner, and brother of poet Frederick Turner. He was born in Northamptonshire, England. He lived for several years in Zambia before returning to England, completing his secondary education at Manchester Grammar School.

Between 2006 and his retirement in 2014, Turner was the director of the Department of Neurophysics, which he established at the Max Planck Institute for Human Cognitive and Brain Sciences, Leipzig, Germany.

Author of over 280 refereed articles in the fields of neurophysics, physics, anthropology and music, Turner has a Web of Science h-index of over 70, meaning he has authored a large number of highly cited academic papers. His work has also resulted in several patents in the US and worldwide, and UK, for coils used in imaging.