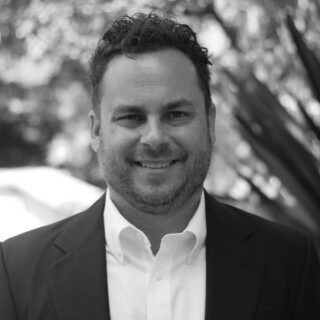 President Smith holds a Ph.D. in Literature from the University of Southern California, an M.A. from the University of Connecticut, and a B.A. from Biola University. His scholarship is on medieval and renaissance literature and especially the works of Shakespeare, Milton, Herbert, Donne, and late medieval drama. Dr. Smith is the author and editor of four books: Performance and Religion in Early Modern England: Stage, Cathedral, Wagon, Street (Notre Dame), Face to Face in Shakespearean Drama: Ethics, Performance, Philosophy (Edinburgh), Literature and Religious Experience: Beyond Belief and Unbelief (Bloomsbury), and a recently finished manuscript: Shakespearean Recognitions: Philosophies of the Post-Tragic. He is also an editor of the journal Christianity & Literature and has guest-edited three special issues: The Sacramental Text Reconsidered, Sincerity, a Literary History, and The Future of Christianity and Literature in Literary Studies.

Dr. Smith founded Hildegard College in 2022 with the conviction that higher education needs a reset. Where typical universities are growing ever larger into multi-versities, abandoning the traditional liberal arts and giving students a predominantly anonymous learning experience, Dr. Smith argues that the future of quality education, especially Christian education, is focused, tight-knit, rigorous, and recommitted to the classics of the liberal arts tradition. His vision for Hildegard College is to create an environment where young people can explore the riches of the classical tradition while also exploring and gaining experience in different areas of work—part monastery and part startup incubator. Mentorship, deep learning, and personal formation are the comprise the bedrock of a classical education.

President Smith lives in Fullerton with his wife and three children. He serves on the boards of Veritas Classical Academy and of the Classic Learning Test. When he isn’t teaching, he cooks, plays soccer, mountain bikes, walks his dog, and writes.

SESSIONS:
Is There Such a Thing as a Modern Tragedy? — The Philosopher’s Genre
There is no genre of literature and the arts that has captured the attention of philosophers, ancient and contemporary, as much as tragic drama. Tragedy is a form of storytelling that defines worldviews and epochs, and it seems to always have demanded an answer from every western civilization, from Aristotle and Seneca to Hume, Hegel, and Kierkegaard. This talk will unpack the enduring weight of the tragic form beginning with Sophocles, Aeschylus, and Euripides, and it will address the importance of the question of whether the tragic form can still exist today.