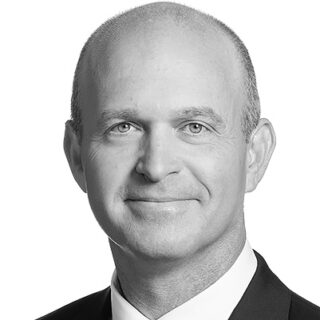 Kevin Roberts, Ph.D., was named president of The Heritage Foundation in October 2021. He succeeded former Heritage President Kay C. James as the seventh president in the organization’s 49-year history.

As president of The Heritage Foundation, Roberts will continue to lead policy research efforts on many of the issues he championed at TPPF, including education, health care, border security, election integrity, and more, and his leadership will also be critical in pushing back on the radical, socialist agenda being advanced by the left at all levels of government. At a time when so many bad ideas are coming out of Washington, his experience advancing sound policy at the state and national levels will be vital.

A lifelong educator, Roberts earned his Ph.D. in American history from the University of Texas. After several years of teaching history at the collegiate level, Roberts in 2006 left the university to found John Paul the Great Academy, a co-ed, K-12 Catholic liberal arts school in Lafayette, Louisiana. Roberts served as the academy’s president and headmaster for seven years.

In 2013, he resigned from the academy to become president of Wyoming Catholic College. Under his leadership, the college adopted a policy of refusing to accept federal student loans and grants, lest it be forced to violate Catholic tenets. This independent stance led The New York Times to describe the school as being full of “cowboy Catholics.”