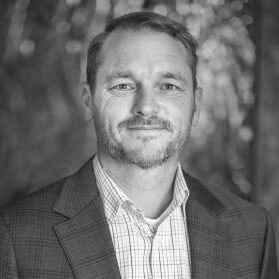 Eric has been formally associated with SCL for over a decade serving in multiple roles, including Executive Director and Board Chair. He was the Head of School at Covenant Classical in Fort Worth, TX for 13 years before joining SCL full time. Prior to Covenant, Eric was the Head of Upper School at Faith Christian School in Roanoke, VA. Eric also taught and served in leadership at several public schools.

Eric earned a bachelor’s degree from Transylvania University, and a master’s degree in Instructional Leadership from Northern Kentucky University. He is currently working on an EdS in Classical School Leadership from Gordon College. Eric has taught a myriad of subjects from philosophy to thesis. He consults with schools and coaches leaders in a variety of contexts. He speaks and presents at conferences around the country. Eric and his wife, Liz, have six children. They live in Richmond, Virginia, home of the SCL headquarters.