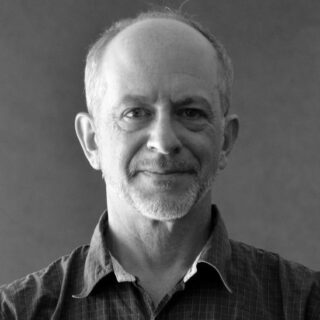 David J. Rothman has published six volumes of poetry, including My Brother’s Keeper (Lithic Press, 2019) and The Elephant’s Chiropractor (Conundrum Press, 1998), both of which were Finalists for the Colorado Book Award. Over the last 30 years, hundreds of his poems and essays have appeared Appalachia, The Atlantic, The Formalist, The Gettysburg Review, The Hudson Review, The Journal, The Kenyon Review, Light, Measure, Poetry, The Threepenny Review and scores of other newspapers, magazines, and journals. In 2018 he won a Pushcart Prize for the poem “Kernels,” which originally appeared in The New Criterion. In 2013 he published Living the Life: Tales from America’s Mountains & Ski Towns, based on decades of experience in the ski and ski-mountaineering world. He is co-author, with Stanley Rothman and Stephen Powers, of Hollywood’s America: Social and Political Themes in Motion Pictures. His most recent full-length critical book (co-edited with Jeffrey Villines) is Belle Turnbull: On the Life and Work of an American Master, published by Pleiades Press in 2017. His next published book will be Unlocking the Secrets of English Verse, a poetry textbook, co-authored with Susan Spear, coming from Springer in 2021.

Rothman served for many years as a teacher and an arts and academic administrator. Most recently, he served as President/CEO of the Jackson Hole Center for the Arts, in Jackson, Wyoming. Before that he was Director of the Graduate Program in Creative Writing at Western Colorado University, where he designed the Poetry Concentration, which he also directed and in which he taught. At Western he also directed the annual writers’ conference “Writing the Rockies” and edited THINK, a literary journal. In the past he has also taught at the University of Colorado Boulder, New York University, the University of Utah, and Zhejiang University in Hangzhou, People’s Republic of China, along with many secondary schools and programs such as the HighCroft School, People’s Firehouse (a GED program in New York City) and DaySpring (a drug rehabilitation center for adolescents in Salt Lake City). He regularly teaches at Lighthouse Writers Workshop in Denver, where he first taught in 1998, and where he has won the Beacon Teaching Award.

Rothman is co-Founder of the Crested Butte Music Festival, Founding Editor and Publisher of Conundrum Press (now a division of Bower House Books in Denver), co-founder of the Gunnison Valley Literary Festival, and served for six years as Headmaster of Crested Butte Academy, an independent school in Colorado, for which he also designed the curriculum. He has edited many journals in addition to THINK, including Don’t Just Sit There (co-founder), Couloir (contributing editor) and PSA News: The Newsletter of the Poetry Society of America (editor). He is a former Executive Director and President of the Robinson Jeffers Association and has served on a number of non-profit boards, including the Association of Literary Scholars, Critics and Writers (ALSCW), the Association of Writers and Writing Programs (AWP), and the Boulder Philharmonic. He has served on grant review panels for the NEH, Colorado Creative Industries and many other organizations, along with serving as judge for poetry prizes from the Frost Farm, the Utah State Poetry Society, the Center of the American West, and the National Federation of State Poetry Societies. He has served as Resident Poet for Colorado Public Radio and served a term as Poet Laureate of Colorado’s Western Slope (2017-’18).

He lives in Crested Butte, Colorado.

David J. Rothman and Susan Spear, lifelong educators and widely published poets, recently published a comprehensive poetry composition textbook, “Learning the Secrets of English Verse,” with Springer. This innovative book offers a new way to approach the craft of poetry that is generally slighted in almost all contemporary textbooks and pedagogy, looking at metrical verse forms both structurally and chronologically. Why does this matter so much today? One of the strange things about poems is that they not only say things, but they also do things. In prose, you can say anything; you can use any word, any syntax, any figure of speech, and take up any subject, any image, any tone, even any rhythm. What you can’t practice in prose, however, are odd things that poets argue endlessly over: meter, rhyme, stanza forms, and lyrical forms, and these forms are now rarely studied in depth, either structurally or historically. “Learning the Secrets of English Verse” therefore closely explores the fundamentals of how to do these odd, magical things, which have more in common with promises, blessings and vows than with any kind of expository writing, for they are actions, not objects. Step by step, the book helps students learn how to read and imitate every major metrical form in English, providing them with craft and structure in a time when these skills are frequently slighted in most curricula and pedagogy. Join Rothman and Spear to explore the curriculum and pedagogy of this major new textbook.

Teaching the Secrets of English Verse to K-6 Students

Creative writing pedagogy in poetry now generally focuses on expression and theme rather than on technique, a trend that begins in early grades, as meter is often deemed too complex for younger students. Join David J. Rothman and Susan Spear as they present material from their new textbook, “Learning the Secrets of English Verse,” and discuss and demonstrate how to work with young students on technical skills that will give them new and powerful tools to read, discuss, analyze and compose verse.

Creative writing pedagogy in poetry generally focuses on expression and theme rather than on technique. In the upper grades, this approach leads to a pedagogy of poetry that treats it like highly charged prose rather than a musical adventure with language. Join David J. Rothman and Susan Spear as they present material from their new textbook, “Learning the Secrets of English Verse,” and discuss and demonstrate how to work with middle and high school students on technical skills that will give them new and powerful tools to read, discuss, analyze and compose verse.