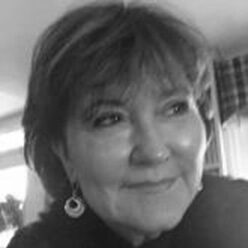 She has served in the Pennsylvania House of Representatives and on the Pennsylvania State Board of Education. She has been an Earhart Fellow, Bradley Fellow, Mary and Kennedy Smith Fellow, and Garwood Fellow at the James Madison Program of Princeton University.  Sheehan is author of The Mind of James Madison: The Legacy of Classical Republicanism (Cambridge University Press, 2015), James Madison and the Spirit of Republican Self-Government (Cambridge University Press, 2009), Friends of the Constitution: Writings of the “Other” Federalists, 1787-88 (with Gary L. McDowell, Liberty Fund Press, 1998), and The Cambridge Companion to The Federalist (with Jack Rakove, Cambridge University Press, 2020).  She has published in journals such as The American Political Science Review, William and Mary Quarterly, Review of Politics, and Persuasions: The Jane Austen Journal. Her current projects include The World of Emma Woodhouse (an interpretation of Jane Austen’s Emma) and “Madison’s America.”

Tradition and the American Founding: Madison
This panel looks at four of America’s Founders, examining the primary texts that influenced their thought. My focus is on Madison, who was the most scholarly of the Founding generation. Madison read widely, including the works of Plato, Aristotle, Montesquieu, Hume, Barthelemy, Peuchet, Locke, and of course, his teacher Witherspoon. What did he learn from the “great oracles of political wisdom” that informed his thinking about republicanism and informed citizenship? How important was education to Madison in this great experiment in republican self-government? Can we imagine, with Madison, the edifying “spectacle” of “that of Liberty & Learning, each leaning on the other for their mutual & surest support?”

Jane Austen: The Novelist-Pedagogue
Austen’s works are generally considered “novels of manners”; they portray the customs, beliefs, manners and morals of Regency England. In Pride and Prejudice Austen portrays the emergence of the modern commercial society in late eighteenth century England, juxtaposing this with the manners and mores of the old aristocratic world. What is at stake in this clash between two very different ways of life and the type of human character each tends to foster and form? Is there a way of life that is superior to the old artificial, prejudicial ways of courtly England, but which also avoids the crass materialism and shameless mediocrity that threatens to define modernity? In a word, when is pride a prejudice, and when is it a genuine virtue?